If you ride, you need this 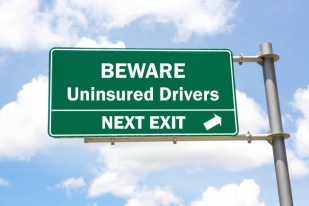 When a crash on the road results in the bike rider’s death or serious injury, it often comes as a shock that the at-fault motorist doesn’t have enough liability insurance to adequately compensate for all the damages caused.

No one likes to contemplate a devastating event like being injured or killed in a crash while riding their bicycle. But if you ride a bike, you need this…

People who ride bikes should consider purchasing Uninsured and Underinsured Motorist coverage (UM/UIM) in their own automobile insurance policies—as much as they can afford to buy.

Underinsured Motorist coverage is similar. Say the at-fault driver has liability insurance, but only for the minimum limits required in her state. In New Mexico, that’s $25,000 for each person injured, and $50,000 total for all persons if more than one person is injured. The cost of medical treatment for a bicyclist injured in a collision with a car or truck could easily surpass that $25,000 minimum limit. Many drivers carry only minimum liability insurance limits. Chances are, a person who only buys the minimum liability insurance required by law also does not have significant home equity or financial assets available to pay the total damages he caused to a victim. If you have Underinsured Motorist coverage, your own insurer will pay the difference between the at-fault driver’s policy limit and the limits of your Underinsured Motorist coverage.

Insurers in New Mexico are required to offer UM/UIM coverage in auto liability policies, but you aren’t required to buy it. Since it isn’t required, many people trying to economize decline the offered benefit. If you ride a bicycle on or near roads where motor vehicles travel, declining UM/UIM coverage could be penny wise and pound foolish.

Link to: Get in touch

Need help? Get in touch with Catherine!

Disclaimer: Content on this website is solely for educational and general informational purposes. Neither viewing, reading, nor listening to the content on this site shall be deemed to create an attorney-client relationship. The content on this site is not legal advice for or about any specific case. Statements of law are intended to reflect current laws but are not updated to incorporate subsequent changes to statutes, ordinances, regulations, or judicial interpretation. Information on this site is not a guarantee of the result of any specific case. Except for stock images or as otherwise noted, Catherine L. Rivard and The Law Offices of Catherine L. Rivard are the sole owners of the copyright to all content on this site. No claim of copyright is made to content from other web sites that this site may link to.